A Different Kind of Capitalism 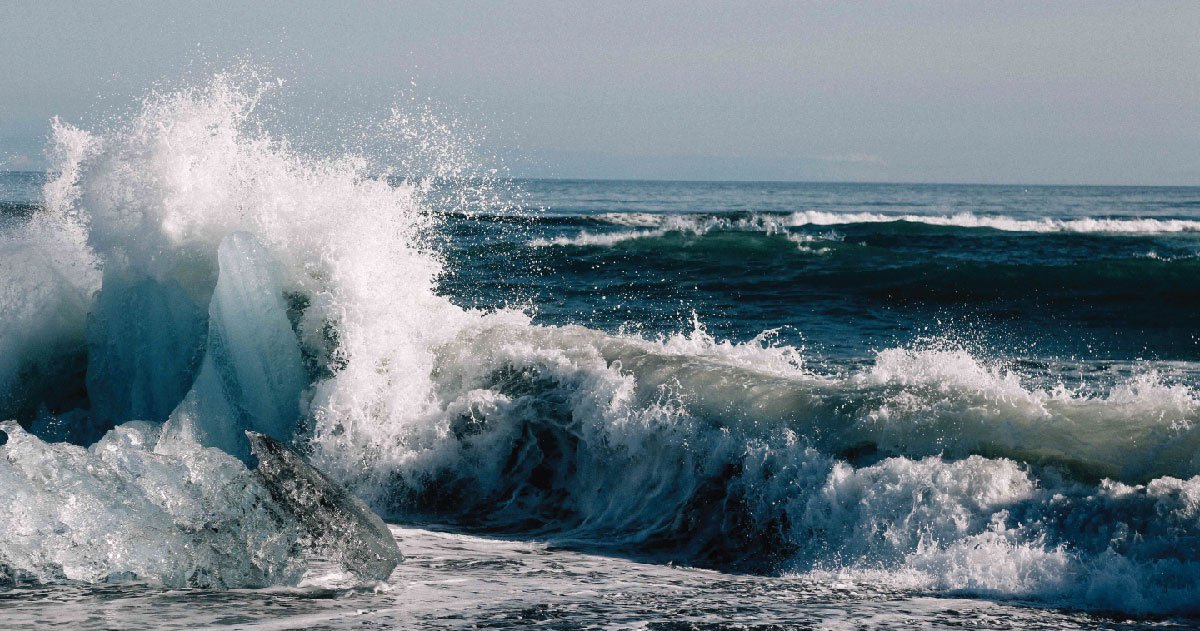 Excited to share another great article, by another great writer – Bob Weir. Bob joined our Thursday morning Bottom Line group a few weeks ago, and shared that he was exploring a career in writing and photography. Music to my ears, as I was looking for an additional contributor for Crazy Good Business. What’s even cooler, the subject matter he proposed is in perfect alignment with the mission of Just Bottles and Bags. Enjoy.

A new wave is coming, paddle hard and ride or be pummeled.

It’s the dawn of a new decade and it seems that almost all eyes are adjusting focus towards the environment.

Here’s how Americans are seeing the issue per a 2019 study by the Pew Research Center. 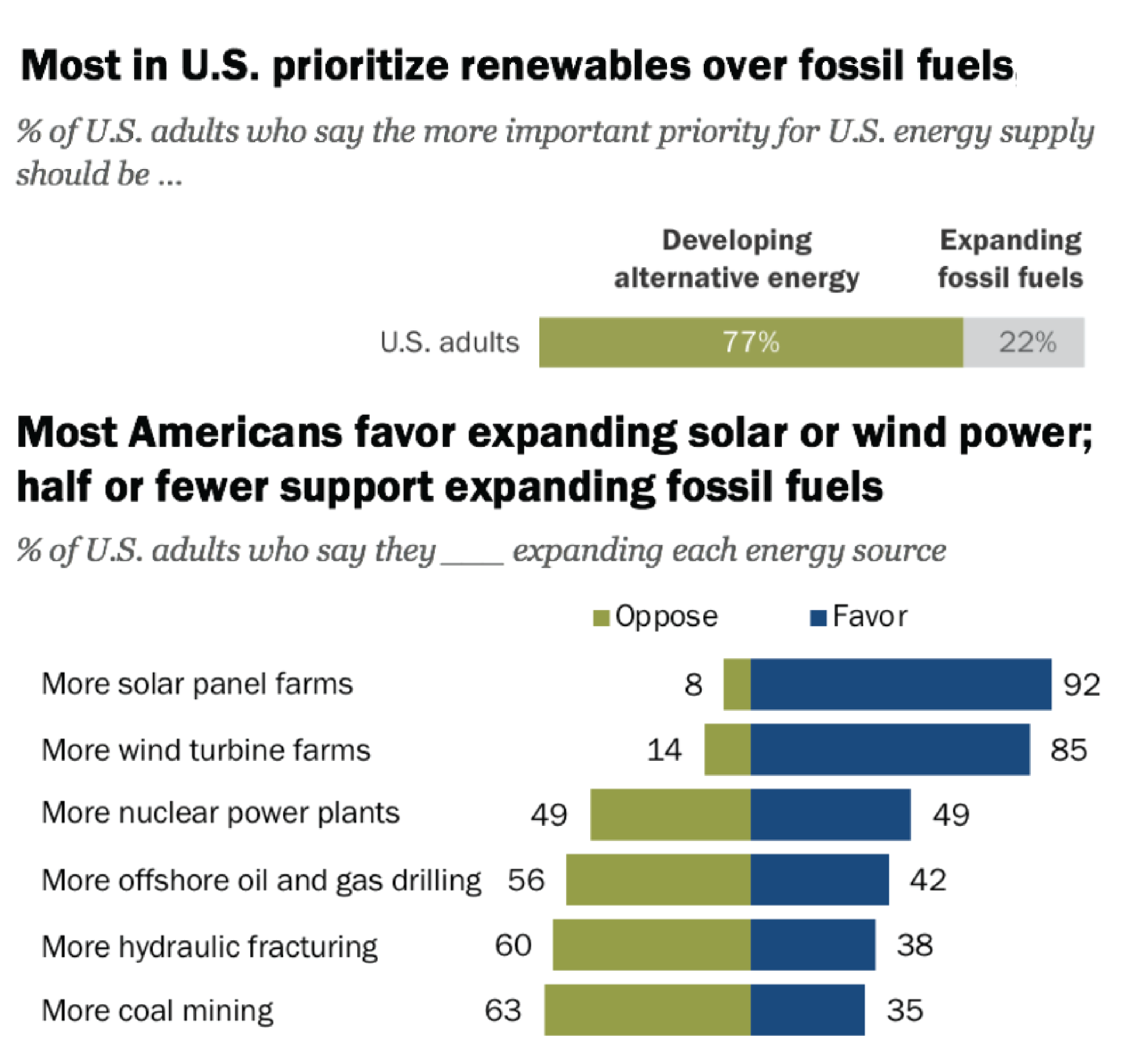 77% of U.S. adults say the more important priority for the US energy supply should be developing alternative energy.

62% of U.S. adults say climate change is having at least some effect on their local community.

There seems to be three ways of thinking about the issue…

The first and most common is that climate science is painting a factual picture for us that is daunting, one that must be addressed immediately and severely.

The second is that there could be a bias in the science being put out into the global information stream, things aren’t as bad as they seem.

The third is that everything is fine, nothing has changed, and thus nothing needs to be done, basically we’ve got a hoax on our hands.

Statistics and categories aside, people seem to be noticing a trend.  The trend says that plastics are washing up on beaches and floating in Texas sized patches in the middle of the Pacific.  The trend says that the quality of air seems a little bit tainted, line of sight a little less clear.  The trend says that an American creating nearly 4 pounds of trash per day (about 1500 pounds per year) seems at least a bit over the top.  Regardless of what is being said about imminent climate catastrophe, there is a widely accepted notion that things have gone at least a little too far. 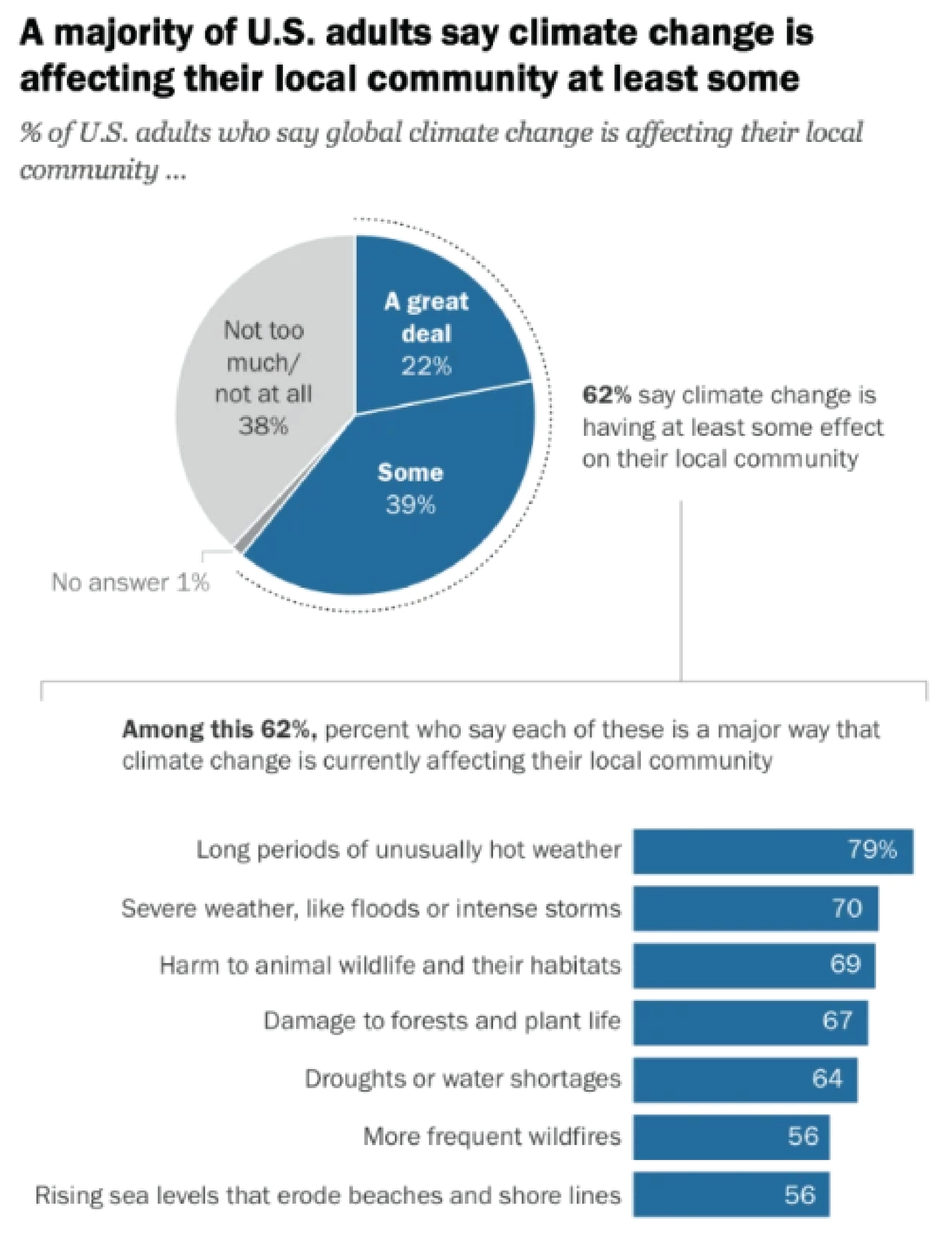 This trend, although not necessarily new, is gaining energy at an unbelievable rate.

Change is imminent, the question that we are now actively asking ourselves is… how will it come about?

Global and social responsibility have not necessarily sat at the forefront of the capitalistic agenda for the past dozen or so decades.  The need for continued growth, improved earnings, quarterly upticks on stock charts, etc. has made it so that the bottom line is of primary concern.

When serious change is needed, there is a tendency to look up the political ladder and cross fingers in hopes that what needs to be done is done, and done correctly.  But in the midst of all that looking up, it’s easy forget about the power that we possess as individuals.

With awareness of social and climate issues reaching a fever pitch, people are seeking a way to have an impact.  In order to have said impact, they have no further to look than our purses and back pockets.  The power is in our wallets. 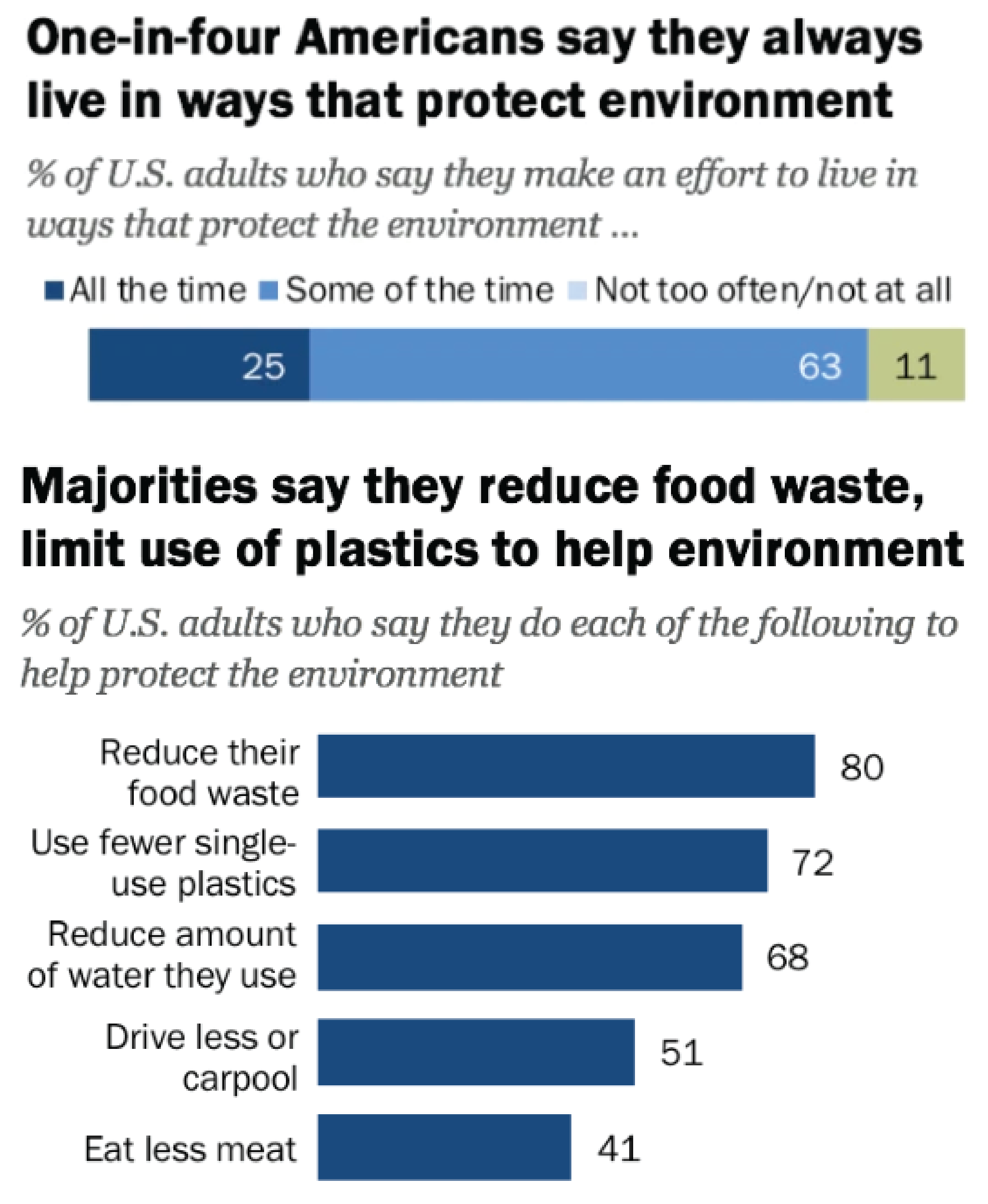 Large corporations, the previous harbingers of social and climate doom, are becoming hip to the changing perceptions around what they do and how they do it.  With the public becoming quick to call out said corporations on their minor missteps and outright blunders, they are recognizing a need for real change.  This is not to say that large corporations are forcing aside old habits wholesale and becoming angels overnight.  But, they know that if they don’t change to meet the demands of the times, they will be left without a future.

Essentially, when consumers and businesses choose to hold the companies that they do business with accountable, improvement and change becomes a requirement, not a suggestion.

There are vast amounts of energy, resources, and capital being used to ensure that this change occurs, and occurs in a real measurable way.

Take Climate Action 100+ for example.  Their website states the following…

Climate Action 100+ is an investor initiative launched in 2017 to ensure the world’s largest corporate greenhouse gas emitters take necessary action on climate change. More than 370 investors with over $35 trillion in assets collectively under management are engaging companies to:

BP, Conoco Phillips, Exxon Mobil, General Electric, General Motors, Nestle, and PepsiCo are part of Climate Action 100+.  They are amongst the 100 companies that are ‘systemically important emitters’, accounting for two-thirds of annual global industrial emissions, alongside more than 60 others with significant opportunity to drive the clean energy transition. 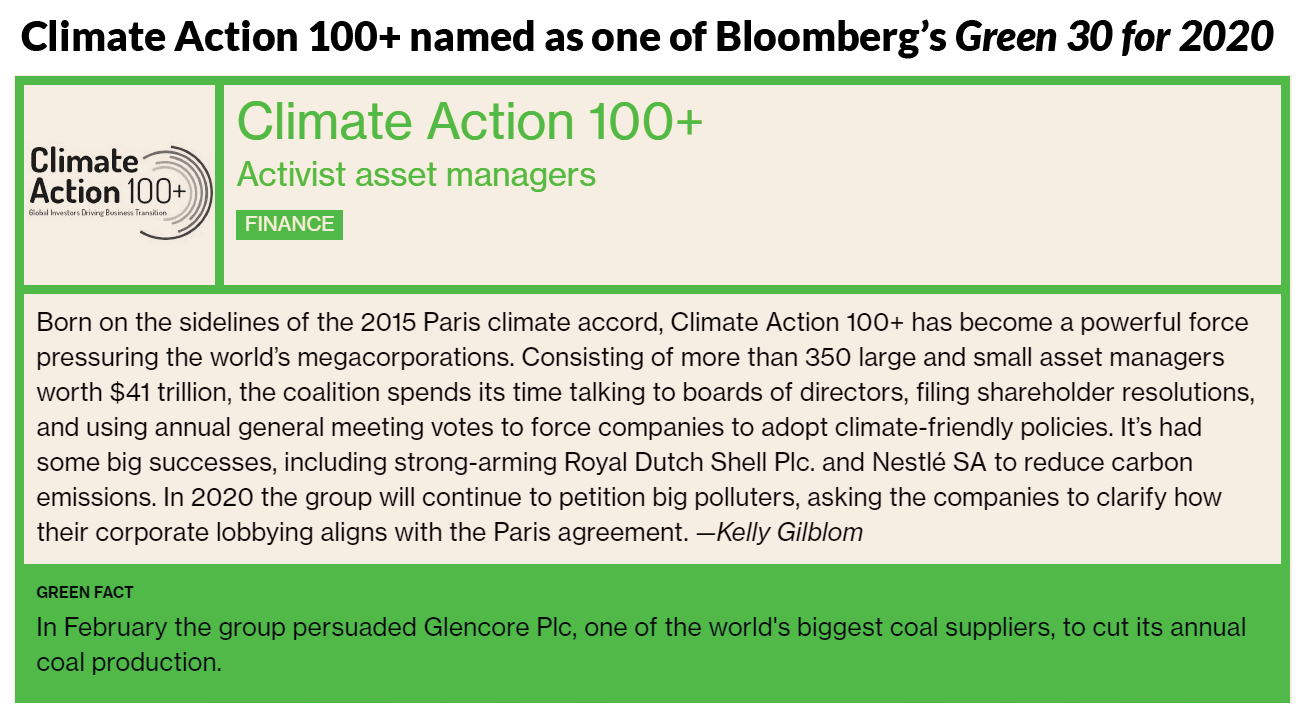 Behind organizations like Climate Action 100+, there are sets of accounting standards that are starting to rise to the surface as THE uniform standards by which we can measure climate and social impact.  Organizations such as SASB (Sustainability Accounting Standards Board) and GRI (Global Reporting Initiative) are providing companies a way to measure and report their impact on a consistent basis.  This ultimately gives investors and the consumer factual, data driven information on which companies to support.

For several years now, the conversation has been pushed towards regulation and politics.  Some of the population proposing draconian improvement measures, some satisfied with the status quo.  This conversation is ongoing, and seems to fluctuate towards the views of whoever holds the seat of power.  Some improvement will be made via regulation.  But how much and to what effect is yet to be determined.

Responsible capitalism offers a different way.  By companies electing to report and make changes on the heels of public opinion, the public is given access to information.  Knowledge being power, the public can then decide what they want to do with that information.  Typically, this results in a decision.  The decision is about who we support and who we don’t.  Our strongest show of support is made with good old American greenbacks, or of course, credit cards.  We vote with our dollars.

Through photos and words, Bob Weir explores expeditions, culture, and climate.
Check out more of Bob's work at: www.bob-weir.com 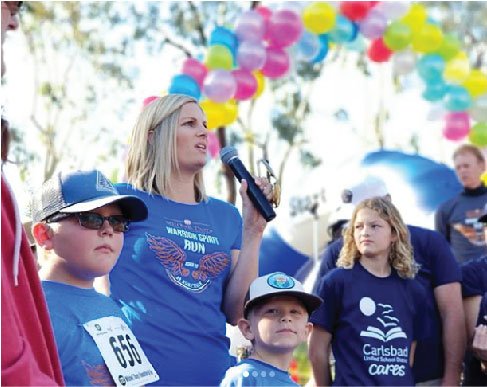 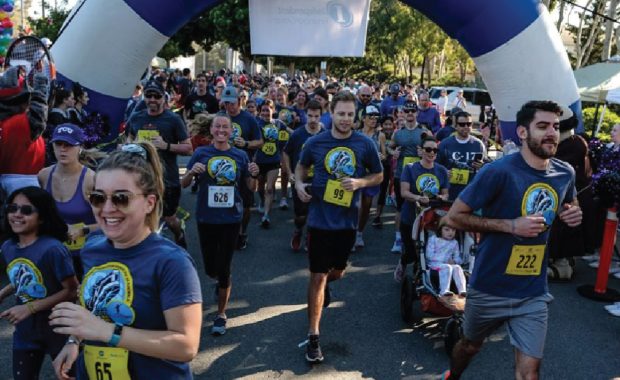 Today’s post was not easy to write. While it certainly is one of courage and community, it is also a story of fear and great frustration. But on the … END_OF_DOCUMENT_TOKEN_TO_BE_REPLACED 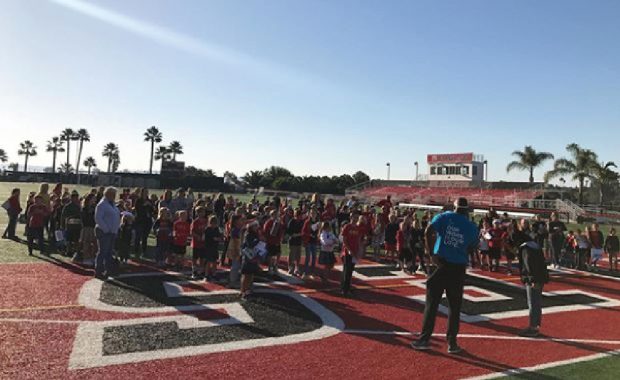 The beauty of the Hope Leadership Academy story is its potential for perpetual replication. You see, HLA’s founder, Willie Briscoe, has a … END_OF_DOCUMENT_TOKEN_TO_BE_REPLACED